The American Architect, George Washington Smith and His Life and Work in Santa Barbara and Montecito CA.

George Washington Smith, (February 22, 1876 – 1930), was an American architect that has an extremely prominent name and history

here in Santa Barbara and Montecito CA.  Most of his noted work here is most likely for popularizing the Spanish-Colonial Revival style in early 20th Century America. George Washington Smith was born and raised in Pennsylvania.  He studied architecture at Harvard University, but reportedly never graduated due to personal reasons.  In his mid 30's after various jobs making ends meet, he started to devote himself to painting and the study of art.  Shortly thereafter he married Mary Catherine Greenough and moved to Europe where he became and immediate fan of famous artists such as Paul Cezanne and Paul Gauguin. Several years later Smith returned to the U.S. and established himself at several art institutes around New York, Pennsylvania, Chicago and Washington D.C. George Washington Smith's ties to Montecito, CA. began in 1915 when he traveled to California and visited friends from Philadelphia who had relocated to our wonderful town.

Few know the exact story, but the obvious lure of the Santa Barbara and Montecito lifestyle convinced Smith to remain here in CA. for the duration of his life. The first reported house that he built in 1917 is called "Casa Dracaena" and was an immediate success.  Following completion, numerous images of the Andalucian style home were used to sell cement, tiles and other goods and Smith quickly found that his neighbors desired to live in similar houses. It therefore did not take long before his painting was put on the back burner and he started working as an architect full-time in Santa Barbara.  Before he died in 1930, Smith had reportedly designed around 80 homes in Santa Barbara County alone, as well as numerous others nationwide. Many of his designs have graced the pages of leading architecture and interior design magazines the world over.  Smith is sometimes credited with being the "father" of the Spanish-Colonial Revival style here in the U.S.  To this day, George Washington Smith has remained a true prominent name here in Santa Barbara. His original Montecito home, as well as "Casa del Greco", the immediate residence next door, built in 1920, exist today as popular family residences.

Two additional prominent Smith designs were built in Hope Ranch in the mid 1920s: "Meadow Farm" for Milton Wilson, now named Robledal, and "Florestal". Listed on the National Register of Historic Places, Smith's 21st Montecito house, Casa del Herrero (House of the Blacksmith), was built for George Steedman in 1922 and is a wonderful museum close to the upper village in Montecito.  The majority of Smith's original sketches and drawings are on display at the Architecture and Design Collection of the Art Museum at U.C.S.B.   Lobero Theater is another prominent work from Smith and is likewise listed on the National Register here in Santa Barbara. 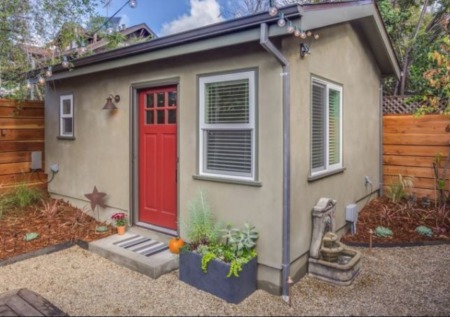 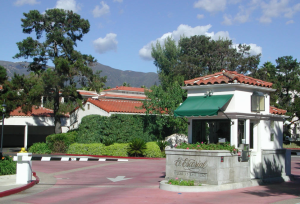