The “Westside Story” of Santa Barbara is laid in our city’s first suburb to be initiated by Anglos rather than Hispanics; the Spanish genesis of the city was located on the Eastside. In 1850, when the United States annexed California to the Union, the Westside was open grazing range and farmland, turning marshy near the beach. Today this area is solidly overlaid with urban development extending inland to the Goleta Valley, making it the most densely populated neighborhood in Santa Barbara.  The earliest historical reference to the Westside came in 1793 when Captain George Vancouver, a British explorer-scientist, who was circumnavigating the globe, anchored the Discovery off West Beach and received permission for his seacook to chop stovewood from the Mesa oak groves and refill his water tanks from a steep at the base of the Mesa bluffs near Pershing Park.  The Westside is relatively flat until it reaches the backside of the Mesa hills.  Downtown is easily reached via walking or biking. The Westside Real Estate values average around $ 400,000 to $ 1.3 million. If you are interested in real estate here in Santa Barbara, Montecito and our surrounding areas, as well as any other aspects of life here, please don’t hesitate to contact Kevin Schmidtchen at Berkshire Hathaway.

Receive: Personal Listings of Real Estate from The Westside or other Santa Barbara Areas

Read: Articles About The Westside Neighborhood

View: Map of The Westside Neighborhood 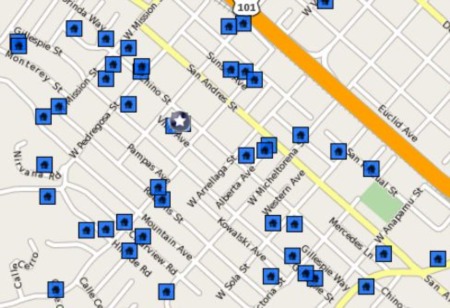 In 2009, there were a total of 52 closed sales of single family homes and condos on The Westside here in Santa Barbara CA. The lowest sale on The ...Read More 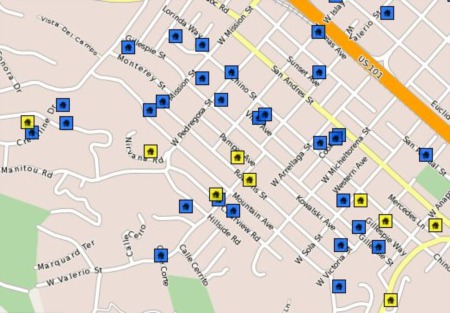 For the first 6 months of 2009, there were a total of 29 closed sales of single family homes and condos in The Westside Neighborhood here in Santa ...Read More